Challenging gender roles one taxi at a time 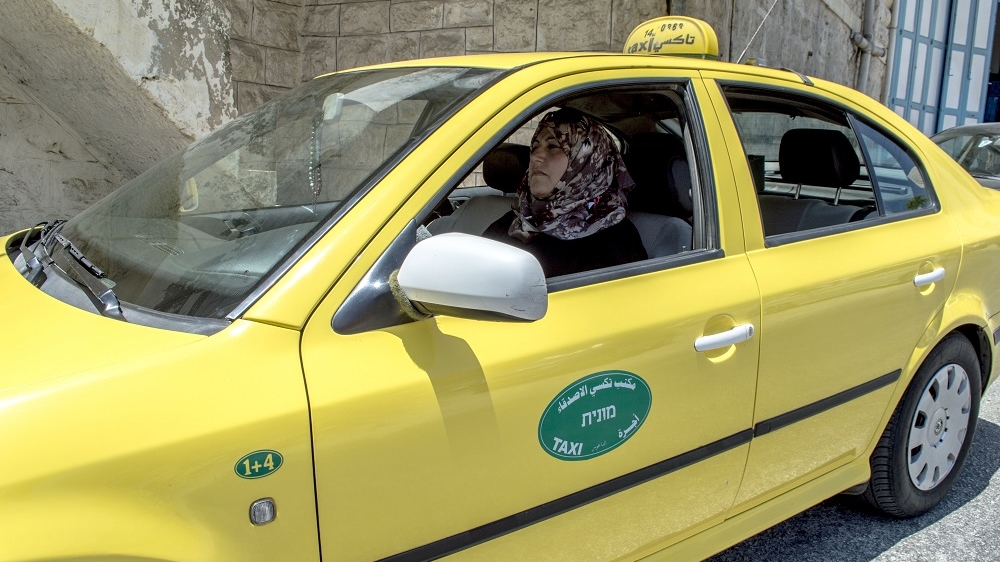 Hebron (Al Jazeera) – Challenging and transforming traditional gender roles in society is a piecemeal process, the sum of hundreds of efforts made by individual women and men in their striving for a gender-equality in all areas of private and public life. Nadia Ahmad is one of these change-makers: defying social norms that confine women to household duties or specifically “female” occupations (such as nursing, teaching etc.), Nadia is believed to be the only female taxi driver in all of Palestine. Despite enjoying the past two years she has spent behind the wheel in Hebron’s crowded streets, Nadia’s ambitions do not stop there. Having supported six other women to acquire government-issued taxi licenses, her goal is to start her own fleet of taxis in the occupied West Bank, driven by women, for women. While there remain many challenges to be faced, bureaucratic as well as social (many in Nadia’s community were far from supportive of her career-choice), before she can see her dream realized, the support Nadia has received from her family has been crucial to the progress she has made so far.  Her husband never challenged her decision to become a taxi driver, and their Jordan-based daughter has even followed in her mother’s footsteps and obtained a taxi license herself. Recognition has also been granted from outside the family circle: In June this year, Roles for Social Change Association (ADWAR) - a nongovernmental organization based in the occupied West Bank - recognized Nadia with their “Roles for Social Change Award” in honor of her part in breaking social stereotypes and being a positive role model.