Palestine gets its first woman mazouna 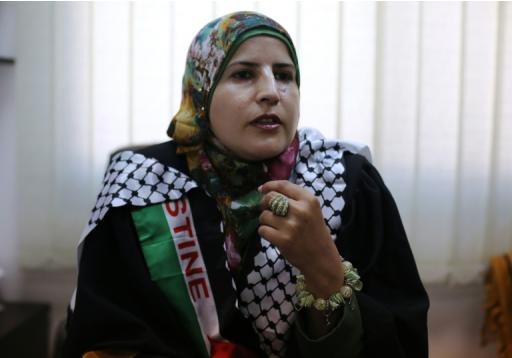 Ramallah (Ma’an News Agency): On July 29 2015, Palestine saw the appointment of its first woman mazouna, a Muslim official authorized to carry out marriage ceremonies. While being the only one of her kind in the Palestinian Territories, Tahrir Hamad is also one of the few woman mazounas on a global scale, since only Egypt and Abu Dhabi, and now Palestine, authorize women to perform the sacred marriage rites. According to Ms Hamad, the reason for this state of affairs is cultural rather than theological: "The only obstacle comes from our patriarchal society, because there is no religious or legal reason that prevents women from filling this post."

As a female Justice of the Peace (JP) in Palestine’s Islamic Sharia law Court, and practicing in a society where traditional gender-stereotypes are difficult to break with, Ms Hamad is bound to encounter a number of challenges throughout her professional life. During her first week as mazouna, she presided over 12 weddings, and received two categorical rejections, on behalf of the groom, refusing to let her perform the marriage ceremony. Nevertheless, as the numbers show, Ms Hamad believes the negative attitudes towards her position are the exception rather than the rule, and considers that the role as mazouna enables her to show more sensitivity to the bride’s situation than a male counterpart would be able to. Ms Hamad explains, “I will be able to feel if the woman is tense. If she cries, even happy tears, I will ask everyone to leave the room, be with the bride and make sure she wants this marriage. If it is forced, I won’t continue with the contract.”

Ms Hamad's appointment has already been declared “a quite Palestinian revolution” by the international media, and time will show for how long she will remain Palestine’s only woman mazouna.