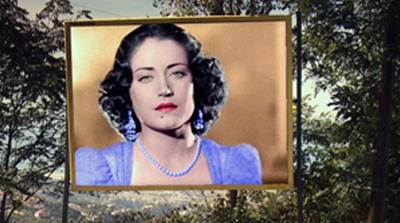 Marrakech (Morocco World News) - The Salé-based Abi Raqraq Association announced on 12 September that it will host the ninth edition of the Salé International Women’s Film Festival from September 28 to October 3 2015.

One of the main highlights of the week-long event is the competition held for twelve long feature-films which all address women’s issues, and are submitted by participants from countries all over the world. During the festival’s closing ceremony to be held on October 3, an international jury will announce the Grand Prize of the Festival, awarded one of the competing twelve feature-films. Additional prizes are awarded for the Best Female Role, the Best Male Role and the Best Documentary Film.

The general program of this year’s festival will feature the opening film “The Unbearable Presence of Asmahan” from Palestinian director Azza El-Hassan. The film tells the story of the renown Egyptian singer, Asmahan, who enchanted an entire generation in Egypt and beyond with her magical voice. While Asmahan today remains revered amongst many as a classical icon, and represents a nostalgic longing for the “better days” of the 1920s, Azza El-Hassan tells Al Jazeera that she, with her film, hopes to challenge the “unbearable presence” she believes the Egyptian Diva bears on the lives of present-day Arab peoples: “No doubt about it, that Asmahan is not an easy woman to forget… But it is said that in problematic times people tend to cling to past icons. The past somehow becomes safer and more reassuring than the present… But isn’t it time to reconstruct your present and to abandon your past? The Arab Spring was a time in which people are questioning regimes, systems and leaderships under which they have dwelled for years. And this film is made at this moment in history.”

In addition to the many movie screenings, a number of parallel activities will also take place in the course of this ninth edition of the festival, including a forum on this year’s theme, “Female directors, between technical measures and financial conditions of production”. In the context of the Forum, new Moroccan films will be screened, and two actresses, from Egypt and Morocco respectively, will be honored for their great artistic careers.

More information about the 12 long feature-films and five documentaries competing for this year’s awards is available at Morocco World News.